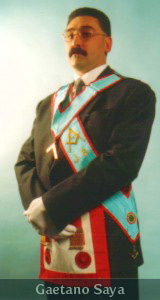 Do you still think that the governments of the world are conducting a sincere “war on terror”? If so, please consider the 2005 investigation of 200 Italian police who were running a “parallel anti-terror force” (Philips, no pagination). Using the 2004 Madrid bombing as a pretext, Gaetano Saya and Riccardo Sindoca set up the Department for Anti-terrorist Strategic Studies (DSSA) (“Italy probes ‘parallel police,'” no pagination). According to those involved in the investigation of the DSSA, the group used official police badges and official police equipment while carrying out very unofficial investigations (no pagination). The group was also believed to have been using Interior Ministry’s database in its own operations (no pagination). The worst accusation concerning the DSSA came from phone intercepts obtained by investigators (Philips, no pagination). According to these wiretaps, DSSA members were planning to kidnap Red Brigades activist Cesare Battisti (no pagination). One magistrate commented on this revelation: “We were seeing the genesis of something similar to the death squads in Argentina” (no pagination).

Probably the most disturbing revelation to come out of the investigation of the DSSA was the fact that Gaetano Saya and Riccardo Sindoca were identified as former members of Gladio (“Italy probes ‘parallel police’,” no pagination). What was Gladio? Gladio was a clandestine paramilitary network that came into existence in the 1950s (Vulliamy, no pagination). It was part of a much larger network of guerrilla fighters known as “Stay Behind” (“Gelli arrest is another chapter in sordid Vatican Bank scandal,” no pagination). The network had been proposed by CIA director Allen Dulles and fell under the authority of Supreme Headquarters Allied Powers Europe (SHAPE) (no pagination). This network included a very sordid cast of characters, many of which were Nazis. Christopher Lee provides an example:

One network included at least two former Nazi SS members — Staff Sgt. Heinrich Hoffman and Lt. Col. Hans Rues — and one was run by Lt. Col. Walter Kopp, a former German army officer referred to by the CIA as an “unreconstructed Nazi.” The network was disbanded in 1953 amid political concerns that some members’ neo-Nazi sympathies would be exposed in the West German press. (No pagination)

The most sinister character tied to this network was Licio Gelli, head of the infamous P2 Freemasonic Lodge (“Gelli’s arrest is another chapter in sordid Vatican Bank scandal,” no pagination). Gelli was one of the coordinators of Gladio (no pagination). P2, Italian secret service and Gladio were all inextricably linked. Vulliamy elaborates:

Links between Gladio, Italian secret service bosses and the notorious P2 masonic lodge are manifold. The chiefs of all three secret services – Generals Santovito (SISMI), Grassini (SISDE) and Cellosi (CESSIS) – were members of the lodge. In the year that Andreotti denied Gladio’s existence, the P2 treasurer, General Siro Rosetti, gave a generous account of “a secret security structure made up of civilians, parallel to the armed forces”. (No pagination)

For many years, P2 operated as a shadow government in Italy. Its membership roles “included over a thousand leading political, financial and government figures” (“Gelli arrest is another chapter in sordid Vatican Bank scandal,” no pagination). Secret members of the lodge included no less than forty-eight parliament members and Cabinet members (no pagination). Like any good shadow government, P2 required its own private army. Gladio was that private army, providing Gelli and his cohorts with front line troops and foot soldiers (no pagination).

Gelli’s organization received that help and support of the American power elite. In 1974, Gelli had a secret meeting with Nixon’s Chief of Staff, Alexander Haig (no pagination). Haig promised Gelli that P2 and the network would continue receiving funds (no pagination). Gelli would receive the money he required to realize his vision for Italy. What exactly was Gelli’s vision? If Gelli’s past associations are any indication, then the Italy that he aspired to create was anything but democratic. Gelli “had been active in the fascist Black Shirts Battalion in the Spanish civil war” (no pagination). He had also been a key liaison officer to the elite SS Division’s Hermann Goring (no pagination).

Ostensibly, Gladio was supposed to be a bulwark against a Warsaw Pact invading army (Vulliamy, no pagination). However, Gladio’s real mission was manipulation of social change. To initiate this change, Gladio employed the darkest of all social engineering tools: terrorism. In the 1970s, Gladio engaged in what was known as the “Strategy of Tension,” which reporter Ed Vulliamy characterizes as “violent and usually fascist-inspired outrages designed to justify increased state power” (no pagination). Several terrorist acts have been attributed to Gladio. The investigations into the 1972 car bombing in Peteano that killed three policemen pointed to Gladio as the culprit (no pagination). Vincenzo Vinciguerra, a member of the fascist group Avanguardia Nazionale who is serving a life sentence for his role in the Peteano bombing, has also implicated Gladio in the 1980 Bologna station bomb that resulted in 82 deaths (no pagination).

Gladio may have even somehow been involved in the assassination of Italian Prime Minister Aldo Moro. The official story has long been that Moro was assassinated by Marxist revolutionaries of the Red Brigades. However, there were other powers that viewed Moro as a threat. Willan elaborates:

Both Moscow and Washington opposed Moro’s policy as dangerously destabilizing for the postwar European order which the great powers sanction at the Yalta conference in 1945. Suspicion continues to this day that the CIA or KGB, possibly both, may have played a role in his violent removal from the political scene. At the very least, they did nothing to secure his release. (No pagination)

Moro may have even warned about Gladio’s subversive activities in Italy. In 1990, a group of judges examined letters uncovered in Milan (Vulliamy, no pagination). In these letters, Moro expressed a fear that “a shadow organization, alongside ‘other secret services of the West … might be implicated in the destabilization of our country'” (no pagination). Was Moro angering Gladio’s masters among the power elite? On November 10, 1982, Moro’s close associate, Gorrado Guerzoni, testified in open court that Henry Kissinger had threatened the Italian Prime Minister (Coleman 23-4).

DSSA’s connection to Gladio is very significant. The fact that members of a state-sponsored terrorist group could reverse roles and form an “anti-terror force” presents us with a disturbing reality. That reality is that, when it comes to the “war on terror,” the foxes are guarding the henhouse.