The Ghost of Roy Cohn 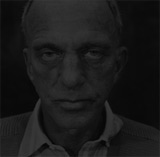 Her name is Deborah Jeane Palfrey and she has Washington circles worried. Why are powerful and important people breaking into a sweat when they hear Palfrey’s name? Deborah Jeane Palfrey’s former company, Pamela Martin and Associates, was a prostitution service that was patronized by people high up on the American political totem pole (Montes, no pagination). Furthermore, Palfrey is in a position to ruin a lot of political careers. Her lawyer, Montgomery Blair Sibley, claims he has:

been contacted by five lawyers recently, asking whether their clients’ names are on Palfrey’s list of 10,000 to 15,000 phone numbers. Some, Sibley said, have inquired about whether accommodations could be made to keep their identities private. (No pagination)

The Palfrey scandal has already cost one person his job. Randall L. Tobias resigned from his position as deputy secretary of state after admitting to ABC’s Brian Ross that he was a client of Pamela Martin and Associates (no pagination). Deborah Jeane Palfrey is definitely in a position to blackmail the powerful and influential. This begs a question: Is Palfrey’s outfit part of an operation connected to the intelligence community that keeps politicians in line with the Establishment agenda through a system of sexual rewards and punishments?

In an interview with former NYPD detective James Rothstein, this author discovered that such operations do exist and go far back into America’s secret history. Rothstein is no conspiracy theorist. He is a legend in American law enforcement and speaks from experience. Furthermore, he gave me two notable examples from his time as a detective. Rothstein had an opportunity to have a sit-down with infamous McCarthy committee counsel Roy Cohn. During this sit-down, Cohn admitted to Rothstein that he was part of a rather elaborate sexual blackmail operation that compromised politicians with child prostitutes (Rothstein, no pagination). Cohn told Rothstein that this operation was being carried out as part of the anticommunist crusade of the time (no pagination).

Rothstein also had an opportunity to speak to infamous Watergate burglar Frank Sturgis. During this conversation, Sturgis revealed one of the reasons for breaking into the Watergate. According to Sturgis, there was a “Pedophile Book” hidden away at the Democratic National Committee headquarters (no pagination). The book was supposed to have a list of pedophiles on the American political scene (no pagination). One can only imagine the power G. Gordon Liddy would have held over the government if he had such a book in his possession.

I asked Rothstein if Roy Cohn was a real anticommunist or just using the fear of communism to justify his sex ring. It seemed like a fair question. After all, Cohn had argued against homosexuals being schoolteachers when he himself was a homosexual. Perhaps Cohn’s hypocrisy extended to his anticommunism. Rothstein made it clear that Cohn was a genuine anticommunist (no pagination). Anticommunist sentiments aside, evidence suggests that the sex ring operation started by Cohn was used for more than fighting the threat of domestic communists. Fugitive ex-CIA officer Frank Terpil has claimed that sexual blackmailing operations directed by the CIA were intensive in Washington during the Watergate era (DeCamp 179). Terpil also asserts that his former partner, Ed Wilson, was coordinating one of these sexual blackmail operations (179). In a letter to author Jim Hougan, Terpil revealed Wilson’s modus operandi:

According to John DeCamp, a former Nebraska Senator and Vietnam War hero, Wilson’s operation was merely a continuation of the one set up by Cohn (179). When I asked James Rothstein if Palfrey’s outfit was a continuation of the sexual blackmail rings that began with Cohn, he answered in the affirmative (Rothstein, pagination). The NYPD veteran made it clear that Palfrey’s outfit could not exist in Washington unless it was a tool for the power elite and sinister factions of the intelligence community (no pagination). Somewhere in a Queens cemetery, the corpse of a high-powered attorney is smiling in his grave.