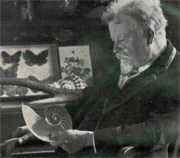 In the Masonic “bible,” Morals and Dogma, Albert Pike writes:

. . .no human being can with certainty say. . .what is truth, or that he is surely in possession of it, so every one should feel that it is quite possible that another equally honest and sincere with himself, and yet holding the contrary opinion, may himself be in possession of the truth. . . (160)

Evident in this statement is the overall relativistic Weltanschauung of Freemasonry. This Weltanschauung is the dominant paradigm among all correlative elitist groups as well. As adherents to relativism, the ruling class rejects absolute truths and moral certainties. Over the years, this Weltanschauung has been vigorously promulgated by the elite and, thus, has become the dominant paradigm of society. The mantra of “Do what thou wilt” is continually reiterated by academia, the media, and pop culture. With each successive generation, humanity continues its inexorable drift towards amorality. Of course, this drift serves the interests of the ruling class. The further away humanity drifts from morality, the closer it drifts towards enslavement. C.S. Lewis reiterated this contention in Christian Reflections:

The very idea of freedom presupposes some objective moral law which overarches rulers and ruled alike. Subjectivism about values is eternally incompatible with democracy. We and our rulers are of one kind only so long as we are subject to one law. But if there is no Law of Nature, the ethos of any society is the creation of its rulers, educators and conditioners; and every creator stands above and outside his own creation. (81)

Amorality facilitates the dialectic of freedom followed by Draconian control (Jones 15). With the enshrinement of moral relativism, society invariably assumes a progressively more anarchistic trajectory. Impulses are entertained and excesses are indulged. Meanwhile, objective moral law is increasingly disregarding. Eventually, individual liberties are subordinated to hedonist appetites. Fleeting pleasures are ravenously sought, even at the expense of others. The ensuing chaos provides a pretext for the imposition of authoritarian policies to restore order. Of course, there is always a self-appointed elite that establishes and benefits from such systems.

Paradoxically, the power elite is equally as amoral as those they would fetter in the name of the law. Ruling class thought is permeated with relativistic notions. It is just such relativism that allows the oligarchs to believe that they can act as the arbiters of the dominant societal ethos. It comes as little surprise that Oxford Professor Carroll Quigley, a self-avowed elitist and apologist for the ruling class, rebuked the lower classes for their rejection of “complex relativisms” (Quigley 980). Of course, Quigley’s endorsement of “complex relativisms” was irreconcilable with his endorsement of an absolutist world oligarchy. After all, one cannot lay claim to an absolute right to rule if there are no absolutes at all.

However, Darwinism cosmetically obfuscated the irrationality that blemished relativistic Weltanschauungs. By undermining the foundations of Christianity with so-called “scientific proof,” Darwinism banished moral absolutes and edified the unstable premises upon which relativism tottered. In The Outlines of History, H.G. Wells writes:

If all animals and man evolved, then there were no first parents, no paradise, no fall. And if there had been no fall, then the entire historic fabric of Christianity, the story of the first sin, and the reason for the atonement collapses like a house of cards. (616)

With Christianity’s “house of cards” effectively toppled, relativistic ideas could be actively promulgated with less resistance. Such ideas were certainly nothing new and had been promoted before by ideologues like Hume, Bacon, Rousseau, Descartes, Kant, and Weishaupt (Jasper 262). Yet, Darwinism was different. Cribbed from Freemasonic doctrine and promoted through the British Royal Society, Darwin’s theory of evolution promised to “scientifically” legitimize relativistic Weltanschauungs. This included, of course, the relativistic outlook of the Royal Society’s would-be sculptors of a new societal ethos. The nature of this emergent ethos becomes apparent [when] one considers the technocratic proclivities of the Royal Society’s early Masonic founders.

In light of these observations, it becomes clear that Darwinism was an epistemological weapon developed for the technocratic restructuring of society. Jane H. Ingraham elaborates:

But Darwin’s role was to dignify [relativistic] these ideas with “scientific” backing and to make them accessible to the average man in terms he could understand. His shattering “explanation” of the evolution of man from the lower animals through means excluding the supernatural delivered the coup de grace to man’s idea of himself as a created being in a world of fixed truth. Confronted with the “scientific proof” of his own animal origin and nature, Western man, set free at last from God, began the long trek through scientific rationalism, environmental determinism, cultural conditioning, perfectibility of human nature, behaviorism, and secular humanism to today’s inverted morality and totalitarian man. (Qutd. In Jasper 262)

As the “objective moral law which overarches rulers and ruled alike” continued to disappear with the belief in a transcendent God, human society began to witness the rise of “totalitarian man.” Of course, the rise of relativism also saw the rise of mass irrationality. This mass irrationality, which is the natural corollary of relativistic thought, is especially prevalent in orthodox academia. This irrationality was most vividly illustrated during a discussion between Christian philosopher Ravi Zacharias and a group of students at Oxford University. Zacharias relates the details of this shocking discourse:

I asked a group of skeptics if I took a baby and sliced it to pieces before them, would I have done anything wrong? At my question, there was silence, and then the lead voice in the group said, “I would not like it, but no, I could not say you have done anything wrong.” My! What an aesthete. He would not like it. My! What irrationality–he could not brand it wrong. (115)

What irrationality indeed! It is especially ironic that the very same school of skepticism that repeatedly asks the question, “How can there be a good God when there is so much evil in the world.” How can one reject the existence of God on such grounds when one rejects moral absolutes in the same breath? Such thinking has been commensurate with the rise of scientific dictatorships during the 20th century.

On November 29, 1994, Stone Phillips conducted an interview [with the] infamous serial killer Jeffrey Dahmer. During the interview, Dahmer made a rather revealing confession:

“If a person doesn’t think there is a God to be accountable to, then–then what’s the point of trying to modify your behavior to keep it within acceptable ranges? That’s how I thought anyway. I always believed the theory of evolution as truth, that we all just came from the slime. When we, when we died, you know, that was it, there is nothing. . .” (No pagination)

If this is how far humanity has traveled beyond the moral Rubicon, then the next step that the evolutionary Weltanschauung will take man is frightening indeed. Time and time again, history has demonstrated the consequences of relativistic thought. Perhaps the best historical example can be found in the Scriptures. Presented with a sinless man who was the obvious target of a malevolent conspiracy, Pilate merely responded, “What is truth?” (John 18:38). In the book Life of Christ, Fulton J. Sheen offers an eloquent summation of this response and its ramifications:

Then he [Pilate] turned his back on truth–better not on it, but on Him Who is Truth. It remained to be seen that tolerance of truth and error in a stroke of broadmindedness leads to intolerance and persecution; “What is truth?” when sneered, is followed up with the second sneer, “What is justice?” Broadmindedness, when it means indifference to right and wrong, eventually ends in a hatred of what is right. He who was so tolerant of error as to deny an Absolute Truth was the one who would crucify Truth. It was the religious judge who challenged Him, “I adjure thee;” but the secular judge asked, “What is truth?” He who was in the robe of the high priest called upon God the things that are God’s; he who was in the Roman toga just professed a skepticism and doubt. (364)

Pilate’s question was a rhetorical one, inferring that truth did not exist. Meanwhile, the Truth stood right before him, enveloped in a profound silence. Still, it was easier for Pilate to resort to the frivolity of pragmatism and utilitarianism. Despite the clear absence of evidence to convict this guiltless man of any crime, judicial protocol was circumvented and He was crucified. Of course, the Truth did not remain buried for very long.

Over two thousand years later, it would appear as though man has come no further. As moral absolutes are jettisoned in favor or relativism, technocratic social engineers continue to shape a totalitarian ethos. In Brave New World Revisited, Aldous Huxley wrote:

. . .a new Social Ethic is replacing our traditional ethical system. . .the system in which the individual is primary. …the social whole has greater worth and significance than its individual parts. . .that the rights of the collectivity take precedence over. . .the Rights of Man. (23)

Nietzsche’s world “beyond good and evil” is more closely akin to Skinner’s world, which is “beyond freedom and dignity.” As the moral Rubicon is traversed, so is the line separating freedom from slavery. It is a scientific dictatorship, dignified by Darwinism and built on the ashes of morality.

Phillip D. Collins acted as the editor for The Hidden Face of Terrorism. He has also written articles for Paranoia Magazine, MKzine, NewsWithViews, B.I.P.E.D.: The Official Website of Darwinian Dissent, the ACL Report, Namaste Magazine, and Conspiracy Archive. In 1999, he earned an Associate degree of Arts and Science. In 2006, he earned a bachelors degree with a major in communication studies and a minor in philosophy. During the course of his seven-year college career, Phillip has studied philosophy, religion, and classic literature.

He has recently completed a newly expanded and revised edition of The Ascendancy of the Scientific Dictatorship (ISBN 1-4196-3932-3), which will be available in early July 2006 through www.booksurge.com. He is also currently co-authoring a collection of short stories, poetry, and prose entitled Expansive Thoughts. It will be available late July 2006.