Etzioni: “no philosophy that better describes Obama’s position than communitarianism”

Originally Published at Conspiracy Archive on 2009/02/06 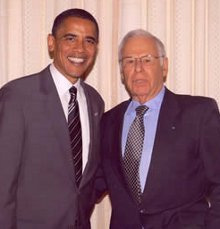 Amitai Etzioni, the high priest of communitarianism, was in Israel recently and was interviewed by the Jerusalem Post.

Here’s a short, but revealing excerpt:

Why did you call your movement “Communitarianism”?

That’s actually an interesting story. I started a little group in 1990, and I tried to find a word to counter excessive individualism. Communitarianism is actually associated with…

Well, yes, when it first came up in the mid-19th century, it was associated with communism in East Asia. So we had a very long debate about whether to use it or not. But we just couldn’t come up with another term that would speak for community and common good. And we hoped that our kind of neo-communitarianism would succeed in becoming a kind of a symbol for this other approach. It’s a particularly key point at the moment, because there is no philosophy that better describes Obama’s position than communitarianism. But nobody wants him to label it thus, because it immediately evokes the image of East Asia, Singapore and Japan. So, it may have been an imperfect choice of a term, but now we’re kind of stuck with it.

If you haven’t delved into the research of Niki Raapana, I recommend that you do. I’m not sure when it was that she first labeled Obama a communitarian, but it was quite some time ago – long before the admission of Etzioni (as if we needed that anyway).

By the way, there’s a bit of subterfuge in the above excerpt. While answering the reporter’s quip about communism being associated with communitarianism, Etzioni replies with: “Well, yes, when it first came up in the mid-19th century, it was associated with communism in East Asia.” If you’re talking East-Asia, shouldn’t that have been the mid-20th century? And even if it was a mistake and he meant to say mid-20th, it would still be incorrect. Communitarianism did not “first come up” in the mid-20th.

In fact, Etzioni is well aware of exactly from whence it came. In his The Essential Communitarian Reader, p. ix, we read:

…the term itself was coined only in 1841 by [John Goodwyn] Barmby, who founded the Universal Communitarian Association. In this and other nineteenth-century usage, communitarian means “a member of a community formed to put into practice communistic or socialists theories.” [my emphasis]

And talk about disingenuous. Etzioni would have us believe that a loose assemblage of naive sociologists and change agents, in the ’90s, stumbled upon a unique-sounding word; liked what they heard; investigated its origins and ideological legacy; found that it was synonymous and contemporary with Owenite socialism, Fourier’s Phalanxes, Barmby’s Christian Communism, Left and Right Hegelians, and the Utopian schemes of the Saint-Simonians; decided to adopt it anyway; and that it henceforth shall have a totally new meaning and purpose!

I would like to draw your attention to another story at Niki Raapana’s “Living Outside the Dialectic” (a clever and apt title if there ever was one). I wasn’t aware of this, but it turns out that Fareed Zakaria (Bilderberg, Trilateral Commission, CFR) is quite the Communitarian as well. Now I am immediately reminded of that photo taken of Obama’s choice of literature back in the summer of 2008. 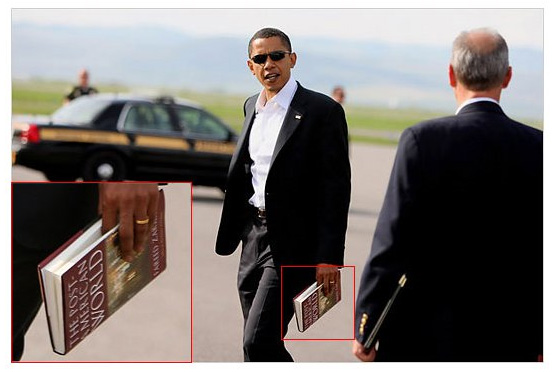