Originally Published at Conspiracy Archive in 2008

One of the highest ranking members of the Bavarian Illuminati – a close personal friend of Adam Weishaupt, and a good recruiter over the Alps into Switzerland – was Thomas Maria Baron De Bassus (1742 Poschiavo, Switzerland – 1815 Sandersdorf, Germany).

His family had maintained a castle in Sandersdorf, Bavaria for centuries. It is at this castle that Baron De Bassus resided when the Bavarian authorities broke into his home and confiscated a large cache of “Original Documents” of the Illuminati. First it was Zwack’s residence in 1786, then it was de Bassus in 1787. Together the documents uncovered represent the “Original Documents”: Einige Originalschriften des Illuminatenordens (Zwack’s house), and Nachtrag von weitern Originalschriften (from de Bassus’ Sandersdorf Castle).

Supplement to the original writings concerning in general the Sect of the Illuminati and in particular its founder, Adam Weishaupt, former professor at Ingolstadt, documents found in the Castle of Baron Bassus at Sandersdorf during the perquisition carried out in this celebrated den of the Illuminati, published immediately by order of the Elector and deposited in the Privy Archives to be examined by all those who showed the desire to do so.

Since then Sandersdorf Castle has been relegated its place in secret society infamy. It is the origin of primary source material on what we know about the Bavarian Illuminati. What many do not know, however, is that Sandersdorf Castle was – and still is – the location of the de Bassus family brewery. Illuminati logos, indeed! 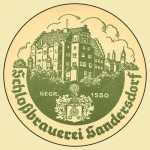 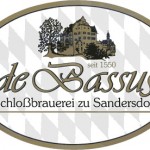 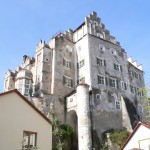 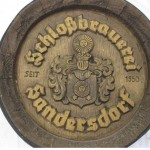 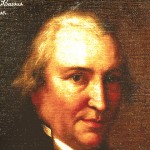